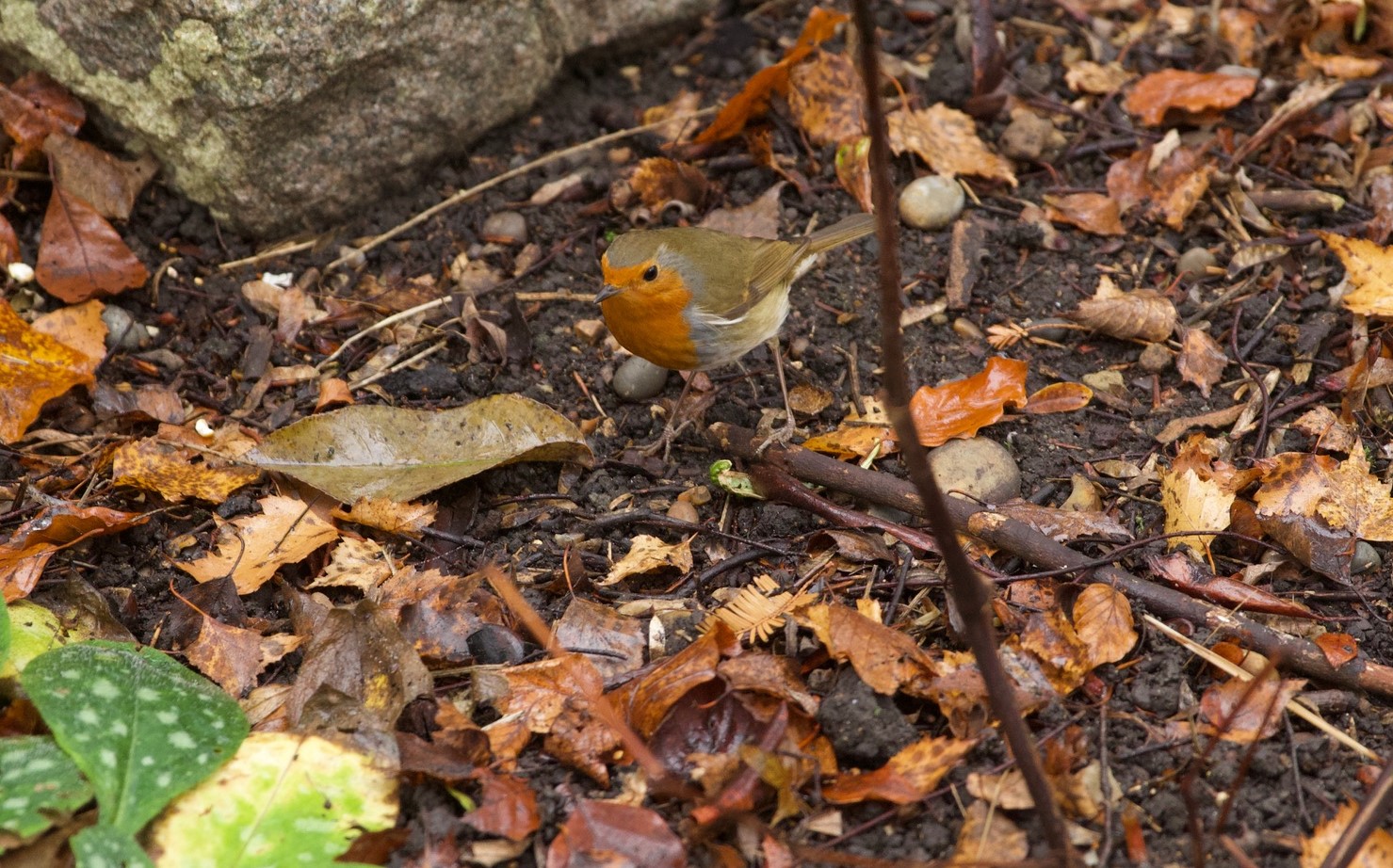 This is beginning to sound like a weather report, but as we set off to search for birds, there was thick fog across the park and heath. From the James Wolfe statue nothing was visible as one looked north.

Julia Holland led the group of 8 intrepid bird enthusiasts off in the direction of the rose garden, skirting Ranger’s field. As we went a robin was heard but at this stage it was deep in tree cover and unseen. By the rose garden there was a group of noisy long tailed tits in the bushes.

As we walked, taking a wide circle round the park and back to the Flower garden we saw jackdaws, blue tits, parakeets, jays (several times), a robin successfully eating a worm, a male black bird, 2 blue tits high in a silver birch, seagulls flying overhead, magpies, a couple of redwings, a wren together with, of course, feral pigeons. Brodie, a keen young birder with good eyesight, spotted 3 goldfinches which we older folk finally could confirm. Throughout the walk we spotted great tits in the trees.

Near the deer viewing point 2 red deer stags were fighting. One had very poor antlers, with one partly broken off and it is not the rutting season so it was not a serious spat, but interesting to watch. This was in fact the last time we would be able to watch such a spectacle for a while since both the red and fallow deer were taken off to Richmond Park 2 days later. This was to protect them from all the disturbance to their environment that would come with the building works in the Wilderness as part of Greenwich Park Revealed. There will also be work done to improve their environment ahead of the return of the deer in 2023. This would not be possible with the deer in residence.

There were some quite close encounters with very tame robins, a black cap, a pair of Egyptian geese, and many crows. On and around the lake were Canada geese, a coot, a couple of moorhens, numerous mallards both male and female, a few black-headed gulls, a brave little mouse in the duck feeding area and then, just as we were winding up, a grey heron fishing in the lake. By 10.00 am the fog was lifting and the day improving but most of us were feeling quite chilly so we concluded what had been a surprisingly satisfactory outing.

We would like to thank Neil Bastin for the lovely photographs and, of course, Julia Holland for leading all the wonderful bird walks in 2021. Don’t forget that the walk on Sunday 30th January 2022 at 8.30 am will be linked to the RSPB Big Garden Bird Watch.